Excerpt  from Original Story by LiveScience

All credit given to LiveScience at http://www.livescience.com/41967-world-e-waste-to-grow-33-percent-2017.html 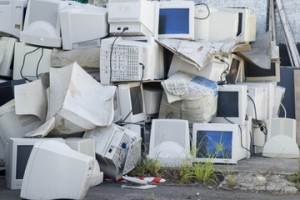 By 2017, the global volume of discarded refrigerators, TVs, cellphones, computers, monitors and other electronic waste will weigh almost as much as 200 Empire State Buildings, a new report predicts.

The forecast, based on data gathered by United Nations organizations, governments, and nongovernment and science organizations in a partnership known as the “Solving the E-Waste Problem (StEP) Initiative,” predicts the e-waste generation will swell by a third in the next five years, led by the United States and China. The StEP Initiative created a map of the world’s e-waste, which is available online.

The U.S. generated about 258.2 million units of used computers, monitors, TVs and cellphones in 2010, 171.4 million of which were collected for recycling, and 14.4 million were exported, according to a United Nations report.

Call or visit us today!

3 Blocks east of Nevada and 1 block south of Fillmore, next door to the Mill Outlet Store and across the street from the Peak Bowling Alley.